As Lawrence Lessig explained on January, 1st 2000, Code is Law!

Computer systems, and more specifically software and data networks, have been driving the way the world has evolved recently. Software is now everywhere: in cars, trains and planes, in your house, in businesses and in industry…. END_OF_DOCUMENT_TOKEN_TO_BE_REPLACED need to eat and pay my bills. And until eelo becomes a success, with a working business model, the only way for me to finance my living doing some consulting. I’ve reduced this activity at the max but this currently takes me one day per week, or a little more.

eelo is gaining some momentum, it’s super-promising. Its potential is HUGE. And it’s the most exciting professionnal project I’ve started in my life.

I wish I could dedicate 1000% of my days into this project. So I’m looking for solutions that would preserve the Kickstarter funds to technical developments. Someone recently told me to have a look at the Patreon website. It’s a way for artists, writers, and more generally doers, to get some recurring financial support from people who believe in their project and want it to succeed.

So here we go… I now have a Patreon page. I hope it can be successful.

Please feel free to send me your suggestions to improve this page, and become my Patron! 😉

It’s been 10 days since our awesome Kickstarter campaign is over!

During these days, I’ve spent a lot of time answering many, many people. I’m getting requests of any kind: encouragements and kind words, questions about eelo, press requests, potentiel partnerships, …

That is very exciting, and I like it a lot to have all those interactions with people from everywhere on earth 🙂

END_OF_DOCUMENT_TOKEN_TO_BE_REPLACED

Behind your projects, I sense a single course of action: empowering people, while making the world better…

Today, the digital giants are massively abusing individual and corporate data planet-wide, for the single purpose of fueling their businesses. Worse, this is installing a global surveillance system controlled by a small group of people. In the long run, this situation even threatens democracy.

END_OF_DOCUMENT_TOKEN_TO_BE_REPLACED Honestly, when I started eelo a few weeks ago, I thought that maybe it would catch the attention of a few hundreds people in my personal network, and be a cool “side-project” project for me. Nothing more…

END_OF_DOCUMENT_TOKEN_TO_BE_REPLACED

I wanted to share a few news and thoughts to you all eelo.io supporters and backers. This past week has been fascinating.

I’ve realized that we are many people to be interested in the eelo.io vision and proposal.

Actually, I started the eelo project for myself by learning about existing stuff on mobile plateforms (I’m coming from the PC world…), hacking some LineageOS ROMs, and my goal was just to eventually be able to show to my friends and family: “look, I’m not using an iPhone anymore, I’m not using Google anymore but I can do the same things you are doing with your smartphone, and nobody is looking at ma personal data” (I fear I like to feel like a teen sometimes) …

END_OF_DOCUMENT_TOKEN_TO_BE_REPLACED 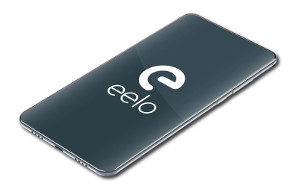 Today, I’m bootstraping the eelo project with a Kickstarter crowdfunding campaign. During the past three weeks, I’ve released three articles to describe the project, what has already been done, and what is the vision. We want to build an exciting alternative to Google, Apple and to all proprietary services that are catcing our personal data and transform us into voluntary slaves.

END_OF_DOCUMENT_TOKEN_TO_BE_REPLACED

I’m leaving Apple and Google for those reasons and I’m putting this effort into a new project: “eelo“. For this project, one big part is the operating system, in particular the smartphone operating system. I started to work on this part with others, and had first results that make me feel that maybe my move to a better digital privacy is going to be easier than expected 🙂

But today, a smartphone without internet services would be like a car without gasoline. We need email, we need online storage, we need advanced online applications… Also people like to access our data from several places and devices. The operating system has turned global.

So eelo needs to provide tools that can be accessed from other places, such as a web browser, but probably also from other computers and operating systems: notes, messages, calendar… And of course, we want all this with full respect of the user’s privacy, and no ads.

END_OF_DOCUMENT_TOKEN_TO_BE_REPLACED So I came out about my decision to leave Apple and Google. It’s a lifestyle choice to escape the tech giants that make me a product by privatizing my personal data .And I don’t like what Apple is doing now, Apple’s attitude, new iPhone and their price… It’s also an act of freedom for my children and all the people who will care: I want them to have a choice, and also a clear and informed view on how their choices can impact their life and their economical ecosystem as well. That’s what eelo is all about: offering a viable and attractive alternative to users for their digital life.

In this new post I’m going to describe what I was able to do so far on the mobile to get rid of Google and Apple, and what remains to do (spoiler: there’s a lot). In the next part I will explain what how things will need to be adressed on web services and draw a whole picture of the eelo project.

END_OF_DOCUMENT_TOKEN_TO_BE_REPLACED

In 1998, I created Mandrake Linux, because I was both a Linux fan and didn’t like Windows on the desktop. It’s been a long time, and I’m very happy I’ve been one of the actors who contributed to make the Linux desktop possible, even though it didn’t completely succeed. Since then, the smartphone has emerged. And it’s now a “companion of life” for many of us. On my side, I’ve been using Apple iPhones exclusively, since 2007. The main reason behind this choice is that I like iOS. It covers my needs, it looks great and elegant, and I find it very intuitive to use.

Also, over the past years, I moved from my (Mandrake/Mandriva and then Ulteo) Linux desktop to MacOS. There has been a professionnal reason for that, since I often need XCode for building iOS applications. But also, it’s very convenient to use in conjunction with other Apple devices. I can get my text messages on MacOS, I can answer a call hand-free, I have my notes synced accross my devices.

But talking with friends this year, I realized that I had become lazy and that my data privacy had vanished.